Having spent the vast majority of the first COVID-19 lockdown transcribing mountains of old family letters whose contents danced from stories of an all-girls Edinburgh boarding school, flew over Paris in 1815 before the Battle of Waterloo and sailed across the Suez Canal at the turn of the twentieth century, I thought that I was ready for my placement with the National Library of Scotland.

Little did I know that I would be thrown back, headfirst, into a University of Glasgow lecture theatre, listening to the poets of the Scottish Poetry Renaissance, reminding me why I decided to take Scottish Literature and Language as an undergraduate degree. I have dived headfirst into searching for poems charting the emigrant experience of the Scots diaspora in Canada with Malcolm Ferguson. I have walked the streets of Glasgow with William McIlvanney, consider life, love and sexuality with Edwin Morgan and that wide, wild expanse of Hebridean soundscape that encapsulates Sorley Maclean’s Gaelic poems- haunted though they are by the rise of fascism in the 1930s, Guernica and the Spanish Civil War.

Little did I know that I would become intimately acquainted with Discogs and the BBC Radio Genome; particularly when the poetry reading or oral history had been taped over by a CD of Al Stewart songs, snippets of church services, or the end of a radio programme debating Charles Darwin’s Theory of Natural Selection! Walking the streets of old St Andrews and Leith, dropping into a meeting held by the Scottish Council of Tenants pulls the political and social struggles that Scotland faced throughout the 20th century into sharp relief as the ship building that held so much of Scotland’s economy together crumbled under Margaret Thatcher’s government. Hours of frantic searching later and I find myself listening to discussions on the power of steam railways, sitting as a fly on the wall on oral history meetings with the men who still remembered with fondness the days of steam railways.

Coming into this placement in the middle of an ILS MSc with the University of Strathclyde gave me some inclination of how the metadata gleaned from the recordings can be used to develop the British Library Sound and Moving Image Archive. What I wasn’t expecting were the head scratching moments when the cohort were introduced to (shock horror!) a different format of cataloguing than the one we are learning in class. Sitting on these discussions and listening to the ever-patient Rob Smith talk about the reasons why the traditional FRBR model is not suitable for archiving audio collections and why, when you get out of library school you have to use all of your knowledge of MARC fields and RDA formatting to essentially wing it the way the British Library wants you to, were fascinating. As an aside, Rob and Jenni both deserve medals for answering all of the e-mails that have been sent over the last few weeks in such a calm, patient, unflappable way. Can that be arranged?

The thing that I want to take away from this placement is the importance of stitching together stories in order to create a soundscape of Scottish history and culture. The oral histories, poems and memories of yesterday’s Scotland that are locked away on compact cassettes and minidiscs, need to be told. They need to be told because they tell a story of another time, of the joys and sorrows of communities remembering a culture and a time that goes beyond the occasional gremlin attack on the National Library of Scotland’s One Drive and the frustration of uncooperative Excel spreadsheets. They tell a story of a place, a time and a people who owe it to us to remember them with dignity and respect. 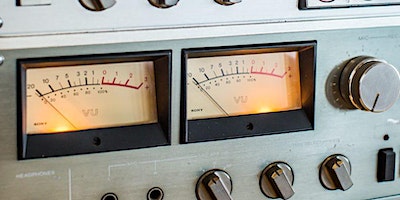