In prison, people are literally separated from the outside world, and from the natural world. It can be disturbingly easy to disconnect from life beyond prison walls.

And yet, a sound that’s often cited by prisoners as one of their few direct live links with the outside world, is birdsong.

When the National Library of Scotland invited artists to engage community partners with archive audio collected by members of the Scottish Ornithologists’ Club, I proposed working with people being held in one of Scotland’s prisons.

In prison, avian language and symbolism are widespread. ‘Doing Bird’ is a slang term for being in prison, as is ‘jailbird’. Many prisons are divided into ‘wings’. Bird tattoos often have specific meanings.

Among the principal stated objectives of prison are constructive engagement, recovery and reintegration. Through the powerful sensation of sound, I wanted to bring the outside world directly into prison, to encourage inmates to actively consider – and to engage creatively with – life, experiences and sounds far removed from their cells, as they prepare for release.

Those taking part are all producer-presenters at HMP Perth’s ‘Insider Radio’ (the station launched in 2021). Together they’ve produced the ‘Doing Bird’ mixtape – Side A and Side B – two ambitious, personal and celebratory new compositions for radio and digital listening, blending archive material with their own stunningly imaginative responses through music, spoken word, and sound art.

Engaging with Scotland’s archive birdsong recordings encourages the men to recall positive memories, to spark creativity, to reflect on the purpose of prison, and to re-evaluate their connection to the world beyond prison walls. They also think deeply about the accessibility and value of oral history recordings, and about who gets to be involved.

The two pieces (each 19 minutes in duration) are created by eight inmates working at HMP Perth’s Insider Radio, in collaboration with the sound artist and radio producer Steve Urquhart.

‘Doing Bird’ was first broadcast on Insider Radio, HMP Perth, in March 2022, and scheduled for broadcast on National Prison Radio in Spring 2022. Listen to extended clips from the mixtapes here… 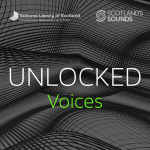 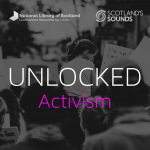 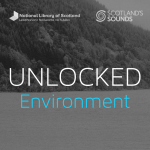 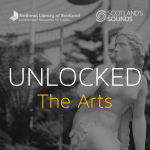 Have a listen in to Scotland’s past through our 2-minute Sounds like Scotland animated mixtape. It features clips from 12 audio collections held across the country from Lewis to Aberdeen and from Inverness to the Borders. The archive recordings span from 1909 to 2017 and were made on varied formats – wax cylinders, wire, shellac discs, open reel tape, cassettes and digital media. Enjoy birdsong, music, spoken memories and more.